4 Celebrities You Didn't Know That Gamble

There are various ways the rich and famous keep themselves entertained in their down-time and we’ve all seen paparazzi shots of them basking on the beach, looking a little sweaty on the way home from a workout, or leaving clubs a bit bleary-eyed. But some celebs enjoy a flutter (or two) and the endorphin rush of the big win draws them to the casino. We’ve rounded up a few at the table. 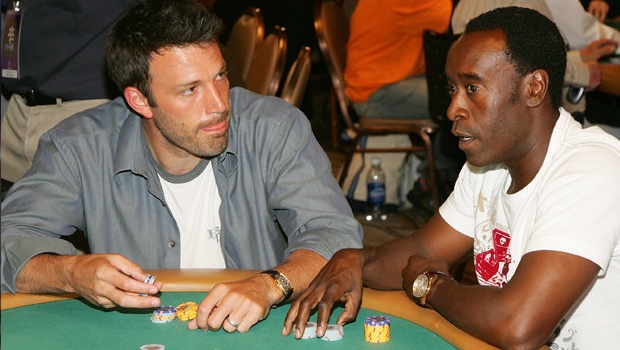 Two of the most famous men on the planet were shown as enjoying gambling by Molly’s Game, the hit Hollywood movie starring Jessica Chastain that was adapted from the memoirs of hostess Molly Bloom. Bloom hosted poker games in hotels, private properties and other high-class establishments, and Affleck, Damon, Leonardo DiCaprio and Tobey Maguire were known to be regulars.

Affleck’s attendance won’t come as any surprise as he’s known for having a penchant for poker and blackjack. The Batman actor won the California State Poker Championship in 2004 and pocketed $365,000 – not quite as much as his acting gigs, but a nice pay day all the same. He was once banned from the Hard Rock Casino in Las Vegas for alleged card counting. “I became decent, and the casinos asked me not play blackjack,” was his reaction.

Affleck reportedly has a generous nature, and after winning $140,000 in another blackjack session he gave all the money away, tipping casino staff as much as $5,000 each. Bloom wrote in her book that Damon was less of a regular on the scene, although Maguire became known as something of a loose cannon. “I used to call Tobey ‘Hannibal Lecter’ because he could just talk someone off of a good hand,” she wrote. Bloom also recalled a story in which the Spider-Man star once asked her to “bark like a seal who wants a fish” in return for a tip. 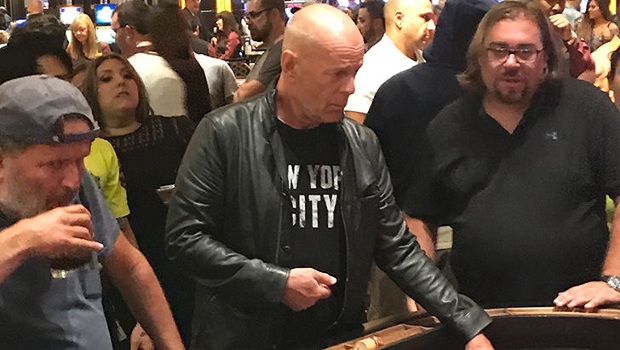 There’s a long lineage of Hollywood royalty enjoying a flutter or two that dates back to the Rat Pack era of the 1950 and ‘60s, and today’s actors keep up the tradition. Die Hard super-cop Bruce Willis is a famous face who frequents casinos across the US, with huge wins ($500,000 playing baccarat in Atlantic City) routinely followed by substantial losses (a reported $100,000 at a Palms craps table). Most recently he was spotted rolling the dice at the MGM Grand in Las Vegas on the night of the Floyd Mayweather vs Conor McGregor boxing bout. Yippee ki yay indeed! 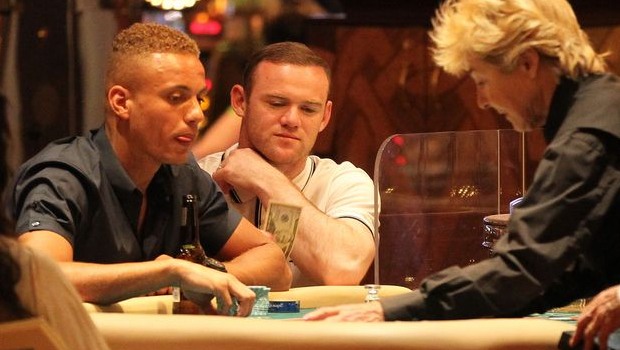 A number of professional sportsmen and women have turned to gambling to fill the hours of downtime they get between matches, and one man who really went to town in a Manchester casino is Everton and England striker Wayne Rooney. England’s all-time record goalscorer didn’t prove such a hit on the blackjack table and roulette wheel during his night of madness: losing a reported £500,000 in just two hours.

An onlooker told the Mirror newspaper that:

“He [Rooney] was gambling a lot on red and seemed to be in his own world. Wayne was being extremely reckless, laying down chips which amounted to massive bets. He was putting long-shot bets on solo numbers. He kept losing, but that just prompted him to bet more. He was chasing his losses, which was just making things worse for him. People in the casino were looking at him and were stunned at what was happening.”

And there lies the most important lesson in betting: never chase your losses. Especially when they amount to roughly £4,000 a minute! 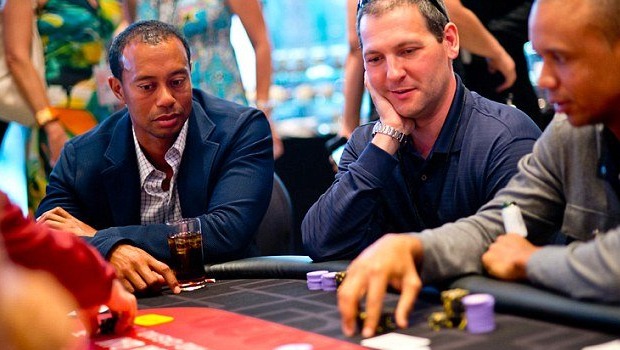 When he wasn’t out on the course winning 14 golf majors in the late 1990s and 2000s, Tiger Woods was a regular at various casinos in the US alongside his sporting buddies Michael Jordan and Charles Barkley. It is believed that Woods wagers up to $25,000 per hand at the blackjack table, and he has a reported $1 million limit in place when seated in the MGM Grand in Las Vegas. The former world number one will have been hoping for 21 to be dealt more often than not back in 2010, when his divorce from ex-wife Elin Nordegren cost him a rumoured $100 million.