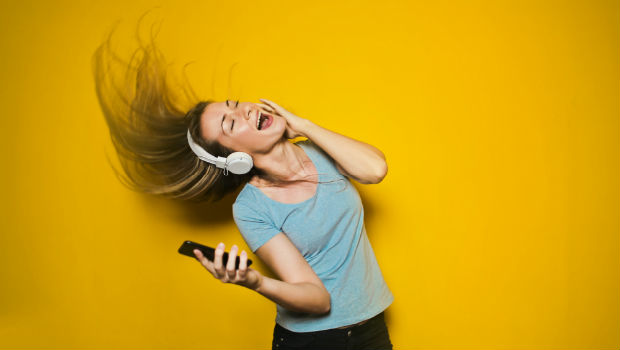 If you're planning a late-night online poker game (or just sitting back and going over some odds for the weekend's big fight) creating an atmosphere is everything. While snacks, drinks and comfy seating are paramount, the right tunes can really help focus your mind – or create a great vibe for your gaming.

Below are some of the best gambling-related tracks ever made, as well as a few other inspirational tunes, that you can mix and match to create the perfect playlist for gaming.

"On the Nickel" - Tom Waits

Inspired by 5th Street in LA, this lullaby from the gravel-voiced crooner is dedicated to the downtrodden hobos that frequented skid row in the city. The title, 5th Street, will also be familiar to experienced poker players, as it's a poker term for a river. Whatever the title means to you though, it's a great song and stark reminder about the highs and lows of gambling – and life.

This belter makes no qualms about its subject matter: gambling. While it certainly celebrates the fast-paced, high stakes thrills of cards games, there are a few warnings in there about the dangers and pitfalls too. If you're getting ready for a big night of cards or to hit the casino, this is certainly going to get you in the mood.

Some classic 70s prog rock is next up from British band Wishbone Ash. A song about an all-or-nothing game of poker is just the thing to get you in the mood for a few hands. And if you're familiar with the game you'll no doubt notice some of the lyrical references to poker scattered amid the screeching guitar solos.

Whatever you think about Bob's quirky vocal skills, there's no denying he's one of the most iconic songwriters of all time. This track was actually written for the film Lucky You, itself a glimpse of the potential pitfalls of poker for money. It's a good one to listen to when you just can't seem to get that winning hand, or just as a reminder that you can always play another day.

Ghostface Killa drops in plenty of references to poker, as well as gambling in general, in this track. It even references the World Series of Poker lyrically, as well as with a sample at the start. Another pumping tune to get your evening started or if you're planning your own poker night.

Seeing as we're on the subject of poker faces, it's hard to ignore this pop smash from Lady Gaga. While it uses poker as a metaphor, there are plenty of references to the game itself. It's a pretty booming track that will help to create that party atmosphere if you're having a few people over for a game or two.

The king needs no introduction and neither does this song, which is an essential part of your Las Vegas to-do list. Few tunes are going to get you in the mood to sift through some odds or get ready for a few hands of cards as well as this one. Strangely enough, this track only became popular long after its initial release.

"Under Control" - Calvin Harris and Alesso

A slight wild card here, but you can't have a playlist about gambling without one. This club stomper from Calvin Harris and Alesso isn't about poker or gaming at all, but it's become something of an anthem in Vegas. It was voted one of the most popular tracks in Sin City when it first came out in 2014. Play this and you can imagine your living room is in fact Omnia nightclub.

Something a little more mellow from Clubstrophobia here, making it perfect for relaxing as you check odds, or before the game really gets going. The video is also worth watching thanks to the cool Vegas animation. Lyrically it uses gambling as a metaphor, but there are a few nods to the potential risks of playing too.

There are many more songs that are perfect for gambling playlists of course – the above merely scratch the surface. Fire up the tunes and deal the cards.