CasinoSource.co.uk
» blog »
What Your Favorite Casino Game Tells About You

What Your Favorite Casino Game Tells About You 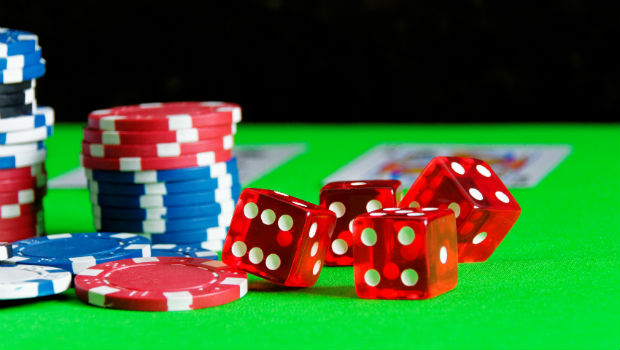 Ever notice that different types of people all like different flavors of ice-cream, watch different TV shows and listen to different music? It's also true of gamblers that we all like different casino games. Like those other examples, our personal tastes in games and styles of gambling can offer a deep insight into your personality traits. Read on to find out what your favourite game says about you.

Let’s start with the oddity among casino games – the one that is based on skill more than luck. To be successful at the game requires a good head for numbers, as well as being able to interpret those numbers and transform them into a winning strategy. It's about judging not only the risk versus the reward, but also other people. You need to gauge their reaction and read them like a book. Online poker players are often patient, playing long hours with stamina and concentration. Above all, poker players are people persons. They've spent a long time observing their fellow humans and understand them on a deep level. They make good friends and dangerous enemies.

Rolling dice down the craps table is certainly not for the introverted, but for those thrill seekers that command attention and yearn for the glory of a winning throw. Craps players are most alive in those desperate moments as the dice slam and turn on the felt. Whether it is played on a street corner or at a high roller casino table, it attracts those with a certain bravado, a flamboyant persona that can swagger into the situation, daring to risk everything for the love of the crowd.

Roulette players can be both introverted like the poker type, or extroverted like the craps players. Like craps, the game cuts though social classes. It's an easy game to learn, although the array of bets can put some people off. Some roulette players are fearless, betting on a single number in a high-stake game, while others will opt for the more conservative, lower risk bet. Yet both relish the excitement of watching the ball spin around the roulette wheel, holding out hope it will land on their number or colour. Ultimately, roulette players are romantics at heart, with blood as red as the squares on the wheel.

The game favoured by fictional super spy James Bond is similar to craps, attracting the sort of gambler who wants an extravagant game, but slightly more refined. There are no dice to kiss here as the player challenges the dealer, and no option of holding back like in Blackjack. With the rules for both player and dealer fixed, the game is entirely about chance. It's James Bond's favourite simply because winners have a lucky air about them that's rather sexy. If you're found at the baccarat table, you're probably a smartly-dressed charmer with a few good pick-up lines in your arsenal.

Blackjack is simple to play but difficult to master. Like poker, there is an element of skill, risk and the need to be patient, especially when you're trying to remember which cards have come before. It's a game for the everyman gambler or the shrewd statistician. Blackjack players are often social and extroverted, playing in a light-hearted atmosphere with a mix of other players of differing levels of skill.

The fact that the vast majority of online casino games are slots offers a good insight into the people that play them. Slots are for the fun yet introverted player who wants to enjoy the spin of the reels more than a win, although when one comes along they will celebrate it with gusto. Modern day slots have evolved from their one-arm bandit beginnings to become colourful 3D video slots with killer graphics and symphonic sound. Yet they have retained their simple and fun mechanics, with auto player as a feature so players can just sit back and let the game play itself. They are for casual gamblers looking for somewhere to escape and relax and have a little fun.