Betfair Bingo mirrors all other successful products produced by Paddy Power Betfair, including Paddy Power Bingo and Betfair Exchange, in that it has reached the top of its industry and is now considered one of the most elite bingo offerings in the world!

Garnering the title of the world's largest betting community wasn't an easy task for Betfair, proving they will do whatever it takes to reach the top of their industry. Well their newest offering, Betfair Bingo mirrors all other successful products produced by Paddy Power Betfair, including Paddy Power Bingo and Betfair Exchange, in that it has reached the top of its industry and is now considered one of the most elite bingo offerings in the world.

It's no surprise Virtue Fusion, Playtech's bingo software offshoot, powers this award winning company's one of a kind bingo offering. Quick game loading and impeccable graphics are the name of the game with Virtue Fusion and Betfair is perfect evidence of that. Players can experience this topnotch bingo software through both downloadable and Instant Play platforms as well as on their mobile devices with the Betfair Bingo app or through a mobile-browser version.

Betfair Bingo is designed to feature simple site navigation. The most important sections are listed across the top including Promotions, Games and Community. Below the most important tabs is a streaming promotions window then another set of tabs featuring sections like Featured games, Bingo Rooms and all the games in general. Also provided is a table of currently offered and upcoming bingo rooms of all variations. Betfair Bingo is visually appealing and easy to navigate which should come at no surprise for a Virtue Fusion backed site.

Betfair Bingo offers 120+ games including slots, scratch cards and the familiar bingo games, 90-ball and 75-ball as well and special bingo. Bingo rooms for all variations offered can be accessed day and night with a previously mentioned table provided to inform players of upcoming rooms. Popular brands and original names are found all throughout the games offered.

Betfair Bingo offers dozens of promotions for players to enjoy, far more than the few provided through most bingo offerings. The Promotions page is categorised into a seven-day calendar featuring the promotions offered on each day with some repeating as they are offered each day of the week. Promotions are offered for specific games, particular days or times of the year or just for depositing in general. Players are sure to find a promotion just perfect for them at Betfair.

Betfair has won awards for all aspects of their company including security, so fear not your funds are safe with Betfair Bingo. For players with questions and concerns, Betfair provides an extensive FAQs page but pushes that over direct contact so those looking to speak with support have to dig a little a deeper to find contact info that can help. 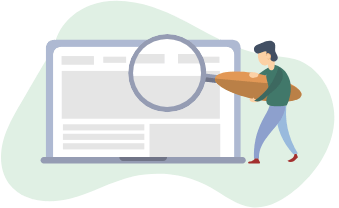 Am I eligible to enter?
This offer is only open to new players who have never played Betfair Casino. If you have played on another Betfair product, you are eligible.
This promotion is limited to one account per customer, meaning one per family, household address, IP Address, email address, telephone number, payment account number (e.g. debit card), and shared computer, e.g. public library or workplace. Deposits made with e-wallets (Paypal, Neteller, Moneybookers etc.) are not valid for this promotion.

What do I need to do and when?
This offer is valid until 31st December 2018.
To take part, all you need to do is ‘claim’ with a minimum of €10 . The maximum bonus you can receive is €100 . Your claim amount will be matched 100% up to the maximum of €100 . When playing your bonus you can view your casino bonus balance from the main account menu. Hit the refresh button to monitor your rolling bonus balance as you play.
Casino Bonus Wallet: Once you have selected ‘Claim Now’ the relevant bonus amount will be added to your selected deposited amount, and the total of the two together will be shown within your ‘Casino Bonus’ wallet. You can find out what proportion of the balance of your Casino wallet is made up from your deposited funds (and any winnings from your deposited funds) and what proportion is made up from your bonus funds (and any winnings from your bonus) by telephone 0344 871 0000

Award of Free Spins
The number of free spins available to you will vary depending on the amount you deposit and buy into 100% matched offer.

Free spins will be added to your account after you’ve played through the 100% bonus.

What will my bonus be if I am playing in a currency other than GBP?
The following table shows you what multiple of the GBP bonus you will receive in your local currency.

How can I claim my bonus?
You'll need to ‘claim’ with a minimum of €10 , at which point your bonus will automatically be credited to your playable Bonus balance.

What do I need to wager before I can withdraw my winnings?
If you choose to ‘claim’ this bonus, you’ll need to wager the sum of the multiplier of the bonus ‘claimed’ to as indicated in the table above 45 times.
For example, if you ‘claim’ with €100 , you will be awarded a €100 bonus (100% of your deposit in the all games welcome offer). You will then have to wager the €100 bonus 45 times, which is a total of €4 ,500.
Customer’s resident if the following countries will need to wager the sum of the bonus claimed 90 times. (Ukraine, Croatia, Bosnia and Herzegovina, Romania, Serbia, Macedonia and Poland)

What games can I play to fulfil the bonus wagering requirement?
Eligible games are displayed in the tab left of these terms.
Stakes on some of our games don't count in full towards the wagering requirement. Instead they have a percentage contribution as outlined below;


EXAMPLE: A bet of €100 on Craps will be calculated as €5 for wagering requirements.

What happens if I cancel my bonus?
If you cancel your bonus you also forfeit any pending winnings you have accrued. Cancelled bonuses and winnings cannot be refunded.

What do I need to do before I can withdraw my winnings?
You need to complete the wagering requirement in the specified time, as set out above.

Can I claim any other bonuses while this bonus is active on my account?
You will only be able to qualify for one sign-up bonus, which will be offered depending on the value of your first ‘claimed’ amount.
If you trigger any other promotional bonus while another is still active, the bonuses will queue in your bonus balance. All your active bonuses will be shown in your Casino balance, however all wagering on eligible games will count towards the requirements of the first bonus you accepted.

Important message about fair play
General Terms and Conditions (applicable to all bonuses)
Bonuses are awarded to enhance your enjoyment of our games however we reserve the right to govern how bonuses are used before a player is allowed to cash them in. As such we deem it necessary to restrict certain types of wagering from contributing to the wagering/turnover requirements.


Any bonus issued is valid for a period of 7 days from the date of issue unless otherwise stated in the specific promotion. Any remaining/unused bonus at the end of the stated period will be removed from the player's account.
All bonuses credited must be ‘bought-in’ to, accepted or declined. Once accepted, a bonus is credited to your playable balance. Declined bonuses will not be reapplied.
Wagering requirements for bonuses will apply to an account from the time a bonus is accepted and/or applied to an account.
When receiving a bonus, the player will first play with the money ‘bought-in’ to and only then will the player play with the bonus offered by the casino.
The casino reserves the right to withhold any withdrawals and/or confiscate all winnings for irregular play. Irregular play includes, but is not limited to, any one or more of the following types of play:
Placing single bets equal to or in excess of 30% of the value of the bonus before the wagering requirements for that bonus have been met. EG – You deposit €100 , accept a €100 bonus and place a single bet of €60 on any game.

Playing equal to or more than 500 consecutive hands/spins on any game and/or playing any game consistently for a period longer than two hours while a bonus is active. EG – You set any game to run on auto spin for 500 spins while you have an active bonus in your account and/or you play for a period of two hours or more (irrelevant of how many sessions) while you have an active bonus.